Workflow only on specific value of Field

Using Sitecore 9, is it possible out of the box for an item to follow a certain workflow when a specific value is set for a field.

e.g I have a severity field which if has a certain value, means the item needs to go through a different workflow.

One approach could be a custom workflow submit action based on the "Auto Submit Action" that looks at the value of the severity field and sets the Workflow of the item accordingly. Is this the best approach? Wouldnt it require me to use an Action rather than a Command to move an item to the next workflow state?

Out of the box, there is no such option. Well. Not really, anyway.

Under the assumption that "out of the box" is in the meaning of "no code should be deployed", there is sort of a way. But I wouldn't do it.

Use the Rules Engine to capture the item:saved event. 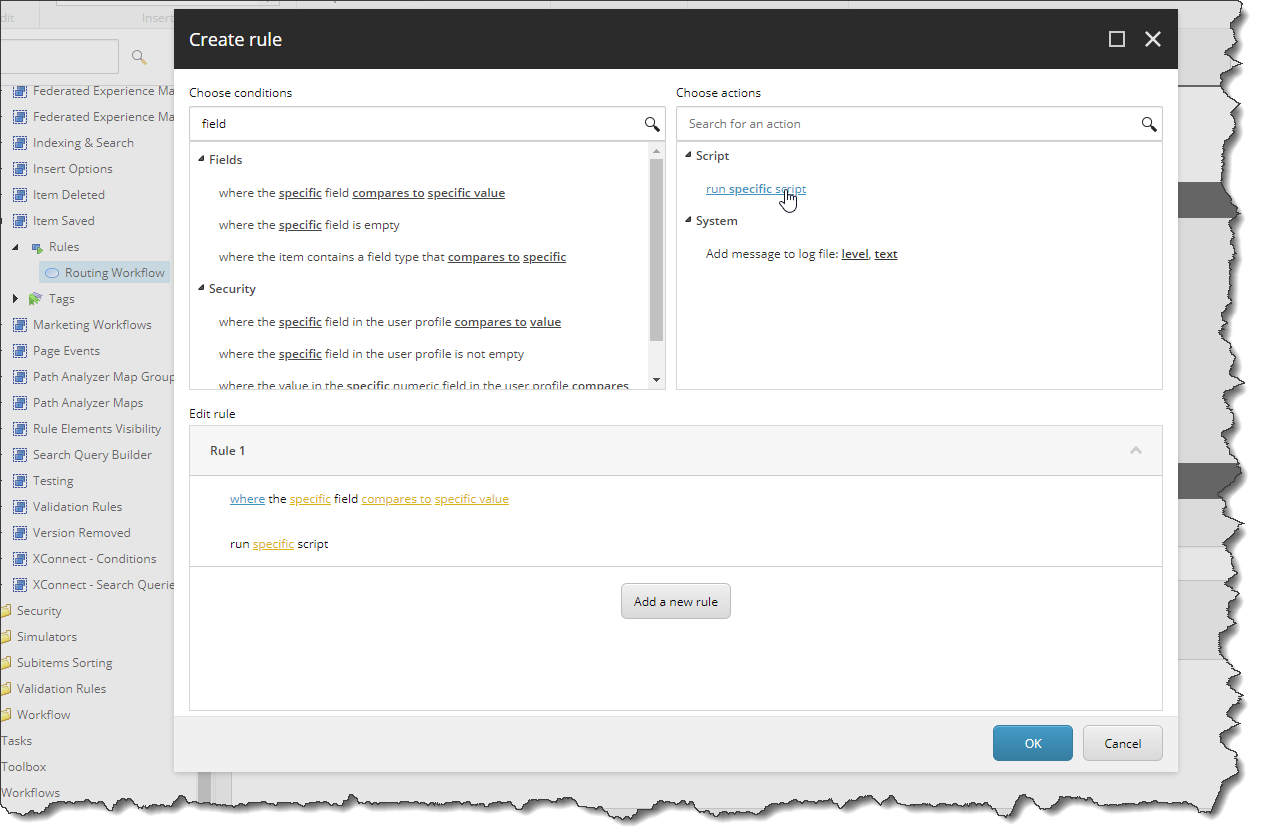 But you're still going to need some code. Run the specific script would then point to a code snippet where you could set a specific Workflow (e.g. "Escalated", "Normal" and so on).

This would be "out of the box" but I strongly recommend against it. You still need code (in the script) but now you're embedding the code as Sitecore content. Code belongs in your Visual Studio solution.

Action versus Command then...

To the second part of your question; if you're creating code - how to go about it? This question already has an answer here: Decide the Workflow state on the fly

Not the answer you're looking for? Browse other questions tagged workflow or ask your own question.

2
Decide the Workflow state on the fly

0
Workflow Routing Possibilities
3
Need to create Workflow Approver Role without write access right
4
Sitecore Powershell Workflow Actions Not Executing
2
How to configure the level of Deep in Sitecore Workflow?
2
Decide the Workflow state on the fly
3
Script is not reading Workflow field on some item versions
1
How to set the copy of Sample Workflow to items right way?
1
How to preserve the workflow state on closing a custom modal in Sitecore 8.1
4
Workflow auto publish on intermediate state
3
Items Submitted Through Workflow In Awaiting Approval Status Are Publishing To Both Preview And Web