Results from the 2022 Developer Survey are now available

Any way to transfer all permissions from one role to another?

We are going to have to create new roles for new content sections and it would be very helpful if we could transfer role permssions so that we don't have to reassign permissions for all the folders to secondary roles for a particular section. Just wondering if there's a way to copy permissiosn from one role to another and then build on that second role to make the additional permission tweaks, which would be a lot easier than replicating every single folder/item permissions in the new role...

I've written a powershell script which should do the magic for you. I suggest you backup your database before running it, just in case.

It searches for ar|ROLE_DOMAIN\ROLE_NAME| string in __Security fields of all the items under the $root item, looks for the next role or user in the security, and duplicates that role access rights to the second role.

Creating the Base Role

For example, let's say that your Base Role, we'll call it "Base Author" has access to all of the Media Libary, and all of your shared content. This will include all of the shared items and Sitecore default roles (as members) that are common among all of the secondary roles. So it might look something like this: 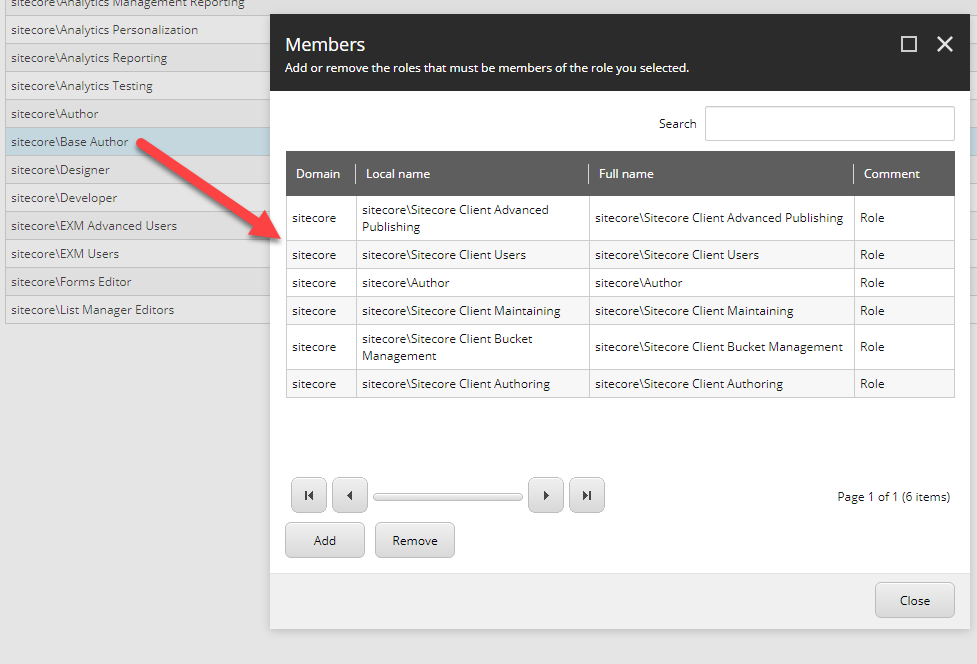 And in Security Editor: 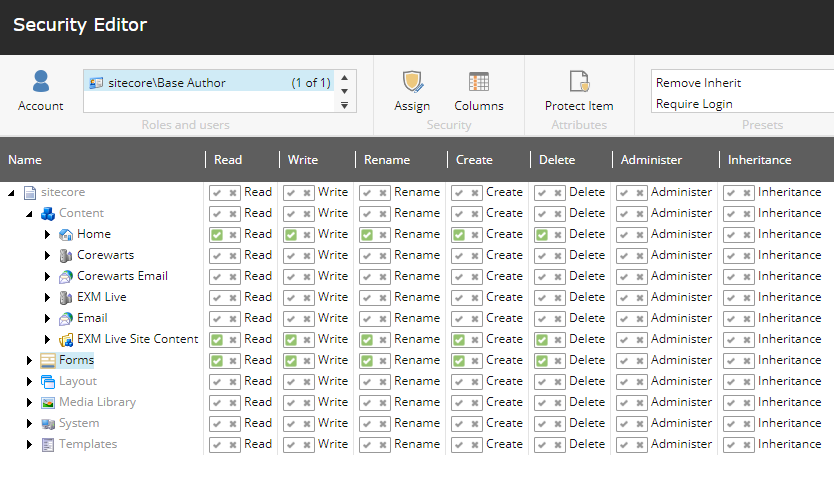 So for the purposes of this example, I'm going to call my role "Headmaster Editor". It's a member of the Base Author role.

Assign the Secondary Role only to a user:

Adding the secondary role inherits all of the other roles. 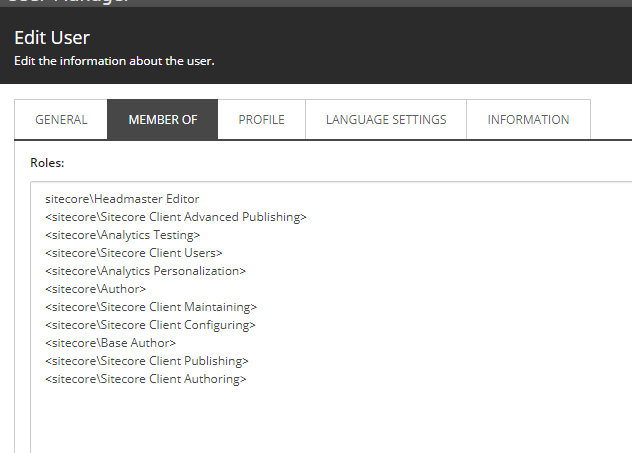 Breaking the Inheritance of Descendants makes it possible to prevent any access to any content item UNLESS it has been given a Green Check mark in Security editor. Sitecore's role security is strict on "Red X's" for preventing access. Once a role has a Red X, it doesn't matter if other roles have Green Checkmarks, that user won't have access. So, instead of doling out Red X's, break the inheritance, and then only provide given access via Green Checkmarks. I do this by taking the sitecore/Author role, which is out of the box, and breaking the descendent inheritance on the /sitecore/content item. 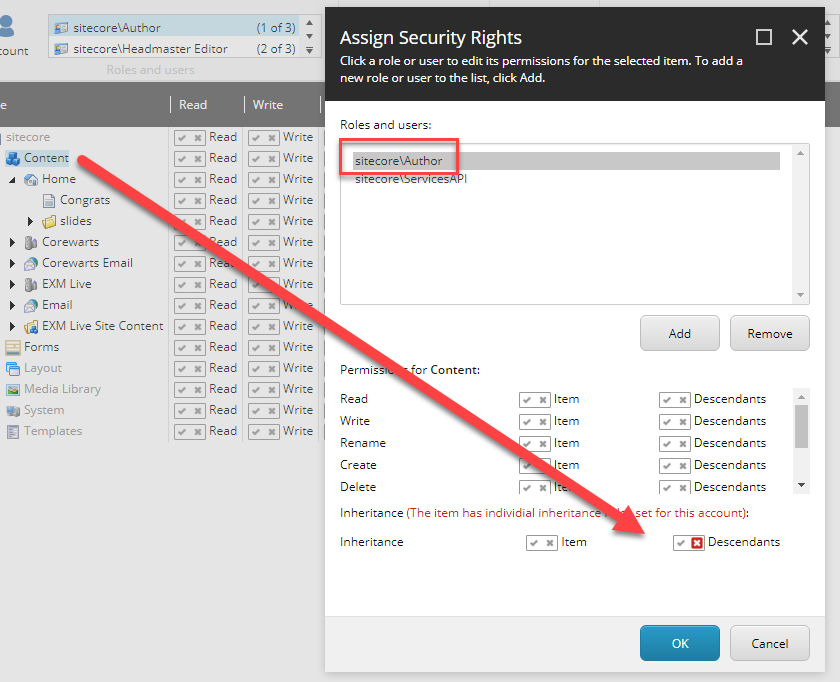 You can see here that Base Author Role only has access to the items that we gave it above.

Not the answer you're looking for? Browse other questions tagged permissions or ask your own question.

4
Get base or inherited roles from Role or User object