I am trying to setup Sitecore Habitat, i.e. just get it running and nothing else. I have followed the installation instructions meticulously but have been met with nothing but trouble. Not quite my definition of simplicity but anyway. I managed to overcome all of these so far

Now the script is asking for .\build\assets\Prerequisites.json and the file is nowhere to be found. Where am I supposed to get all these files that are listed here? I have cloned the repository and downloaded the required version of Sitecore as a ZIP archive and placed it into the assets directory as instructed.

installation habitat
Share
Improve this question
edited May 15 '19 at 13:42

The specified files are within the Sitecore XP0 zip which you downloaded. The Sitecore Install Framework, which Habitat invokes for you, requires both the install WDPs and the configuration JSON files embedded in that zip.

The Habitat Getting Started instructions were previously unclear as to the need to unzip this file into \build\assets\.

Further, you must then unzip the XP0 Configuration files into the same folder (Extract Here): 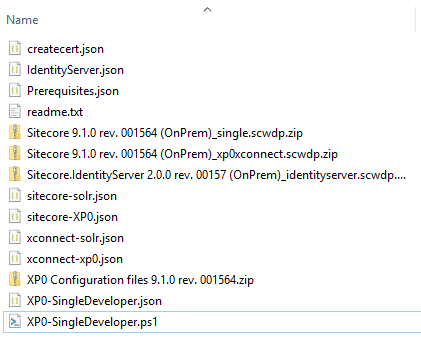 I've updated the Getting Started guide to clarify this.

As for your other issues with the install script, if you wouldn't mind reporting them as GitHub Issues, including your required changes, we can further investigate, as I have not seen these previously reported.

Not the answer you're looking for? Browse other questions tagged installation habitat or ask your own question.