No forms appearing in Sitecore 9.1 forms app after setting index all fields to false [duplicate]

Because of the 1000 leaf limit in azure search I had to set index all fields to false. Now I don't see any forms on the dashboard of the Sitecore 9.1 forms app.

I have tried including the forms template in my patch config

and tried including Is Template as an included field (based on another sse post I found).

I tried rebuilding the sitecore_master_index, and the SXA master and web indexes too. There are no errors logged in the Sitecore log and no errors in the console.

Note: I am getting search results as expected and was previously seeing the forms on the dashboard so it does seem like they're no longer in the index, just not sure what I've missed to include them again.

Update: Have removed the included template line from my config as my sitecore_master_index suddenly only had 2 documents in it after rebuilding (which were the forms so not sure why they weren't appearing on the dashboard). It obviously does not work as I expected it would. 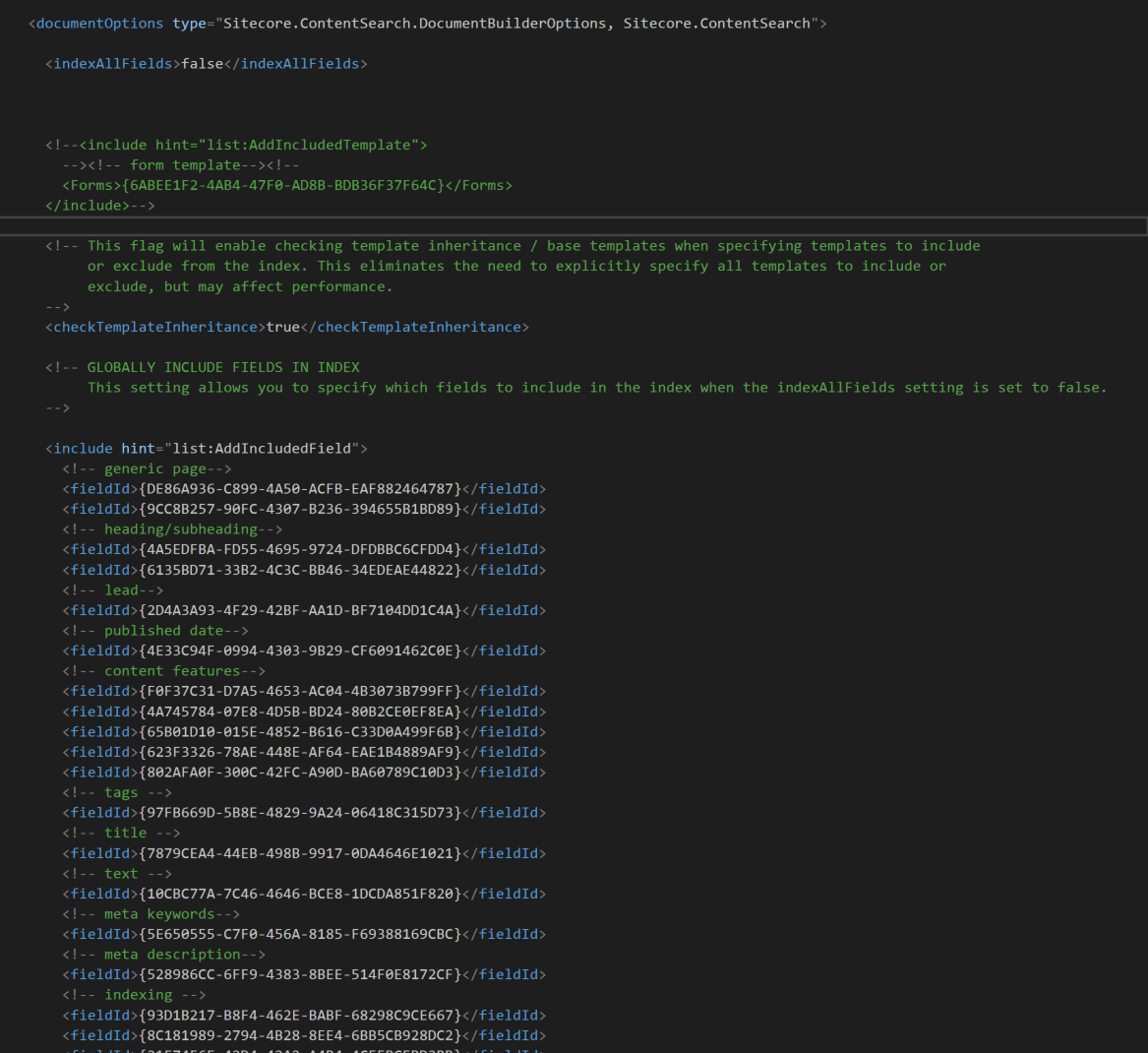 The flag indexAllFields will index all fields by default. This allows new fields in your templates to automatically be included into the index , we can change this option on below choices.

While making this false it improves the performance by only indexing the required fields that it needs. But Sitecore Forms are not getting index automatically as a result those are not appearing on the dashboard .

In content editor select the Form go to the developer toolbar in sitecore ribbon and click to re-index tree. After doing that if forms doesn't display on the dash board then please check in search log text file if any other issues are causing or not.

If you find the error in search log like "undefined field is_template" then there please refer the link to get the solutions .

Not the answer you're looking for? Browse other questions tagged sitecore-forms or ask your own question.