I am trying to create two versions of our homepage for two different types of clients, based on their site tendencies. I can get the page to function as desired with either of the two client tendencies, but if the user satisfies both set of rules they are getting both sets of content instead of one or the other.

Is there a way to set some sort of recency preference where it will only show the most recently satisfied condition instead of both?

Sitecore Personalization engine will render the components because both set of rules are being satisfied. As far as I know, Sitecore does not store the information of when a condition has been satisfied because this is executed on the fly during rendering.

If both rules are being satisfied, in order for you to have only 1 set of rules to be rendered, you will need to implement a custom condition. The custom condition will have a global variable that will be shared across those rules.

From a previous project, I had make use of the HttpContext.Current.Items which allows me to pass in the flag. 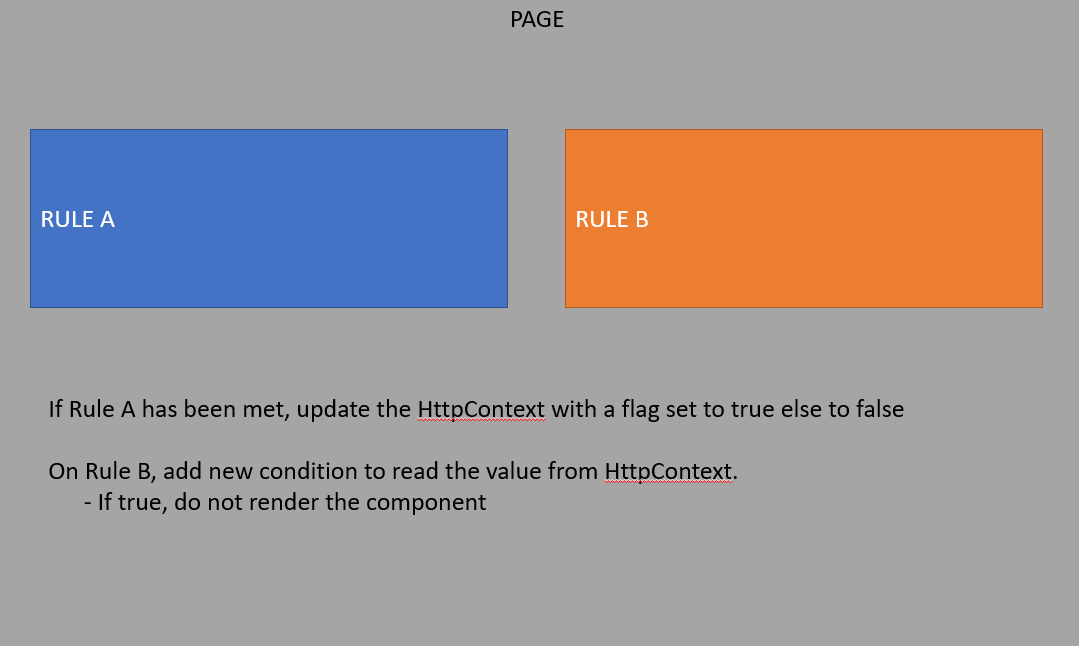 Note that you can also try to add other conditions whereby you randomly render either Layout A or B if both set of rules are met.

Not the answer you're looking for? Browse other questions tagged personalization rules-engine or ask your own question.