How to reset personalization for a component after certain number of session or visits?

I have a component on my page which is personalized to show User registration link when user hits a specific goal. But Since I do not want to force this on end users so I need end users to see that registration link for the next 3 sessions or visits and then it should be reset to default content.

Is it possible to achieve this with Sitecore's OOTB rules? If yes, an example would be really helpful.

You can try using the rule where the visit no. compares to number. Here you can set the number of visits for which the component will be visible for the user. 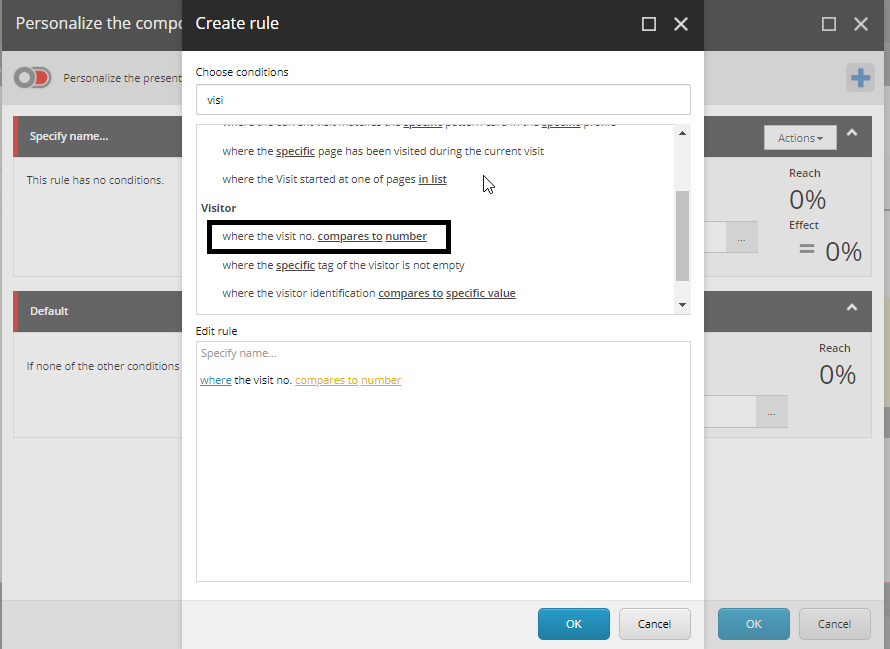 After a long research, I found that this is doable with the right combination of "Number of Elapsed days" and "Past number of Interactions". And Ideally, this should work OOTB but there is a bug in Sitecore that does not evaluate these two parameters in a way they are supposed to.

Fortunately, I found a hotfix(via Googling) that make it to work. The hotfix number is: Sitecore.Support.129513

After implementing this, I tried the below rule which evaluates if the goal was triggered in last 7 days and user has visited the site 3 times after the goal was hit.

The solution works as expected.

Not the answer you're looking for? Browse other questions tagged personalization goals interaction or ask your own question.