I have pages that live within a bucket. The pages are based on a branch template, such that each newly added page will also have a child item which serves as a local data source folder (which is used to store source items). 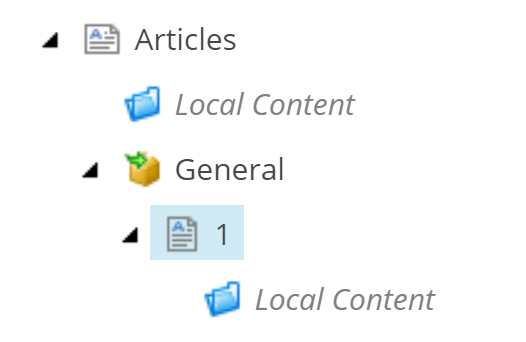 When I edit the page in Experience Editor and add a new component, I try to select the associated content for that rendering, however the child folder of the page does not appear as an option. 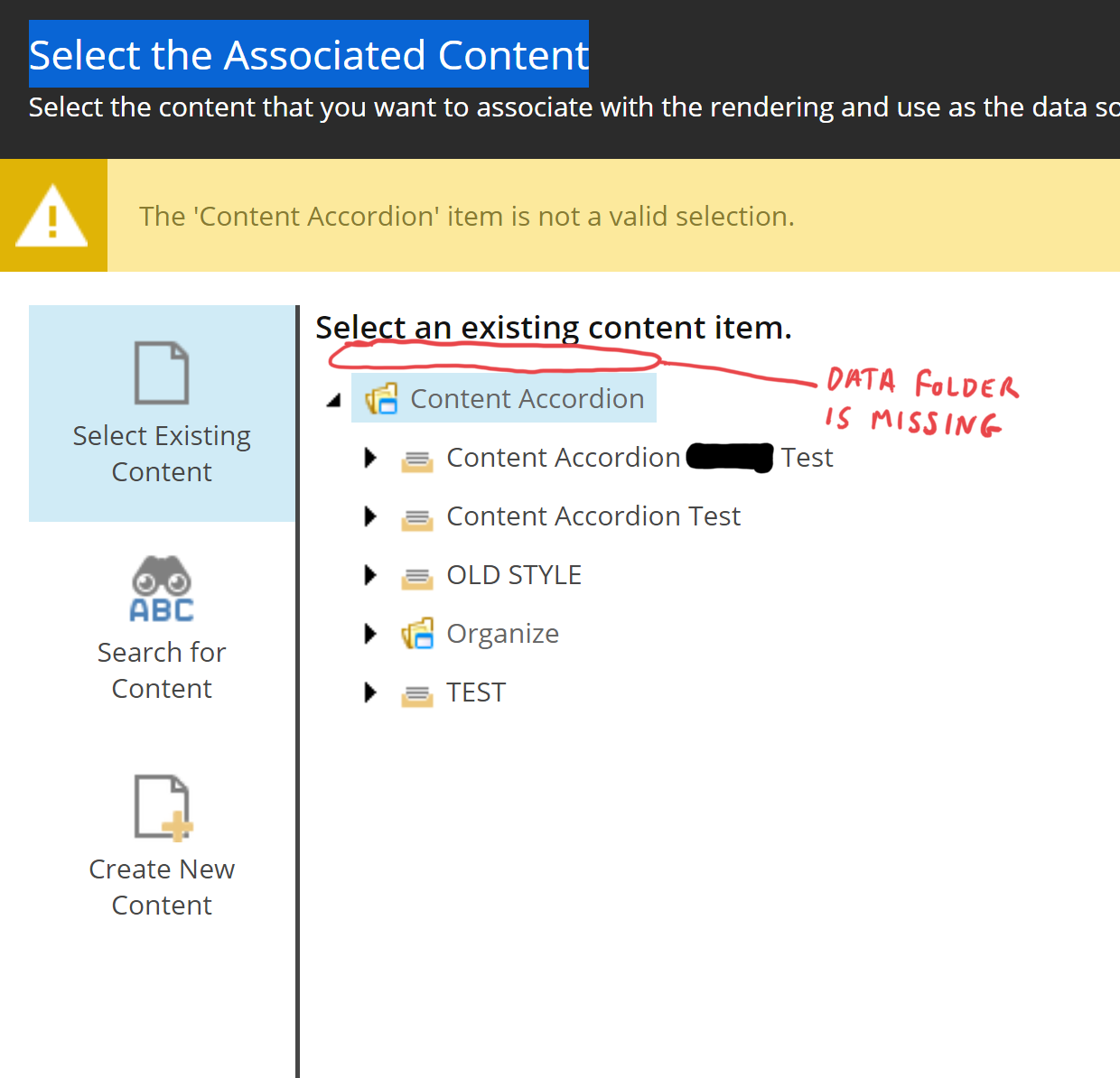 I know with 100% certainty that all of the usual configurations are correct in terms of datasource location paths:

In the above screenshot I have also tried removing the piped source, so that the field only contained ./Local Content. I also tried to set it as query:./Local Content as was mentioned in this similar post.

I have also ruled out Sitecore context issues (web, master, core), and all of the other typical issues (display name vs item name). I have verified that this is an issue on multiple environments. It's not a permission issue as I'm signed in as admin. It also doesn't matter which rendering type I choose. The folder does not show.

Here's the kicker: if I move the page (along with its local datasource folder) somewhere else in the tree, or if I restart Sitecore, the source folder appears as expected: 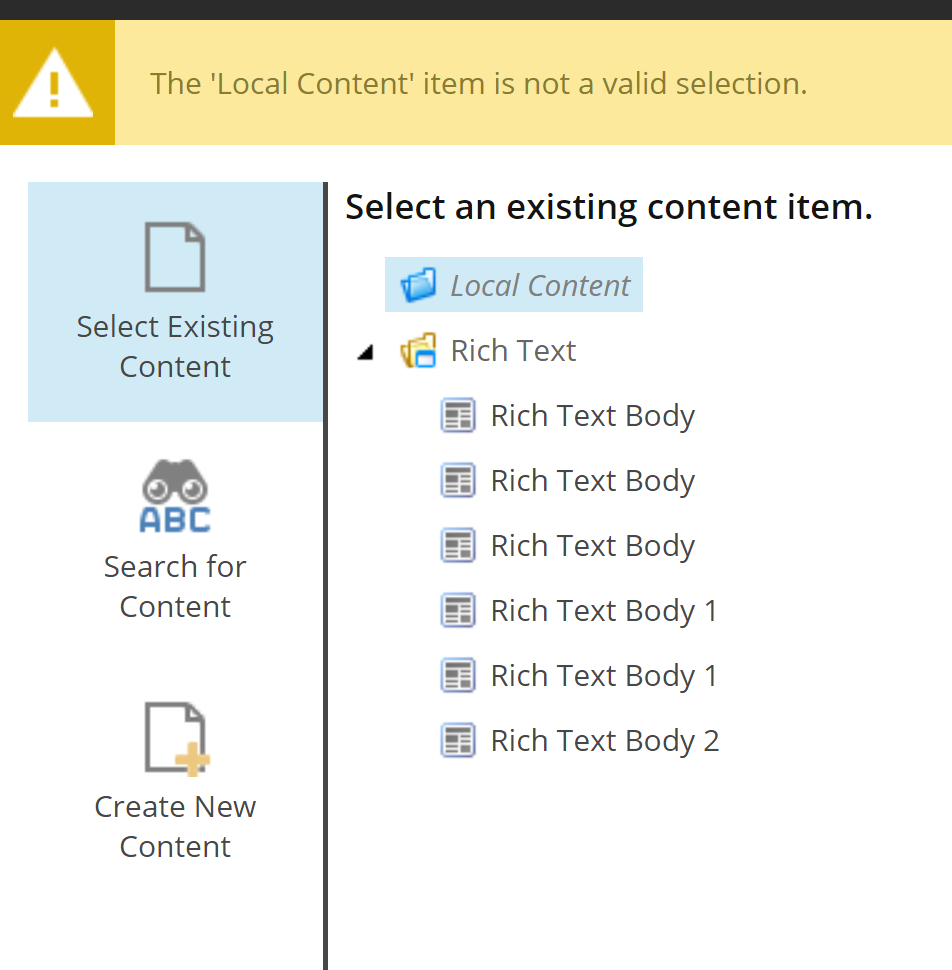 What could be causing the local datasource folder to not show up in the dialogue? It seems like some kind of an indexing issue. However, even if I reindex the tree, it still doesn't show up. Again, it's only once I move the page or restart Sitecore that it shows up.

Edit: Clearing the Sitecore cache makes the folder item appear in the dialogue, however it does not fix the issue for each subsequent newly created page. We have to keep clearing the cache to make the item appear whenever we create a new page.

The issue also ONLY occurs if the newly created page lives inside of a bucket.

The issue was because of a custom save event that aimed to automatically sync items within a bucket whenever an item was saved or created so that the item would automatically move to its correct subfolder within the bucket.

There was a portion of code that disabled events for performance purposes, and in the process, whenever the bucketed item was created or saved, even though it moved to a subfolder, Sitecore still thought the path of the item was its previous location. Thus, when the datasource window tried to find the current context item, it couldn't find it because the old path didn't resolve to the new path.

There are various code samples on the web that recommend using the EventDisabler in this specific situation, so this question and answer should help people who experience issues related to the use of that.

Not the answer you're looking for? Browse other questions tagged datasource or ask your own question.

5
Datasource Location not working as expected

4
SXA and local vs reusable datasources in a custom control
3
Using Sitecore fast:query to grab all items under a specified page excluding items in a specific folder
1
Accessing the 'Datasource Template' field in code
2
Relocating items referenced by Datasources
3
Enabling Item Language Fallback for SXA component datasources
2
Copy/Duplicate items - datasource of local components points to original item instead of newly created local item
1
Datasource location overwritten at JSS deploy
1
Need help with a Query to select a data source context, for each site