I am trying to set up Sitecore 9.3 XP0 locally in a VM using SIA and it is failing at Step 67 of 92 with an error failed to start the marketing Automation Engine Service.

I did try to start the service manually and getting the same error. When I checked the XConnect logs I found the below issue,

My SOLR is running fine and the license is not having any issues as the same license seem to be working well in another developer's local machine.

There are many such issues that had been resolved to check for the non-self signed certs and moving to a different destination which didn't work for me, unfortunately.

Any help or suggestions would be greatly appreciated. 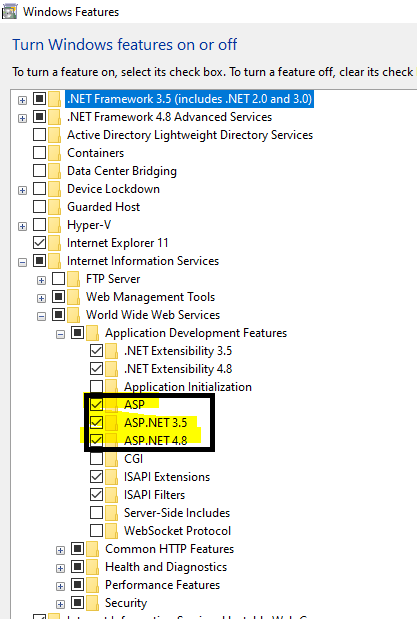 I had similar issue when installing. I followed the below steps before installing or running the setup exe.

If you found any result item from the above powershell script then execute below PowerShell command to move these non-self-signed certificates into the Intermediate Certification Authorities store :

After doing this , close the powershell window and reopen to execute your sitecore installation script.

In our case it was also a certificate issue. Add permissions for IUSR, IIS_IUSRS & NETWORK_SERVICE , SERVICE by right clicking on certificate in certificates console and selecting manage private keys. You can also try to start Marketing Automotion manually from command line. Navigate to your xconnect instance /app_data/jobs/continous/AutomationEngine and from cmd/powershell run maengine.exe. This might give you more precise error. Also check if there is no Marketing Automation service running with same name.

We had a similar problem while installing Sitecore 10.2 installation. I hope that we have to find the actual cause of this issue before trying solutions. To identify the cause:

We had similar issues installing Sitecore 9.3 XP on virtual machines running 2016. The only solution that worked for us is updating the user permission on inetpub folder.

I had faced the same issue during the installation of Sitecore 9.3. It was because the certificate already exists with the same Sitecore instance name in my machine.

I have followed the below steps to get rid of this:

After using the other fixes mentioned in here, my install continued to fail because I didn't have MSSQL Server 2016 SP1 installed and configured properly. I figured that out by looking in the Event Viewer and noticing SQL exceptions.

I had a similar issue with Sitecore 9.3 installation. I double checked all certificates and thumbprints and they were correct.

Eventually I found that my antivirus software was replacing xConnect SSL certificate behind the scenes. As soon as I disabled this feature in antivirus, Marketing Automation Engine started without errors and Sitecore installation completed successfully.

Not the answer you're looking for? Browse other questions tagged xconnect installation sitecore-install-assistant or ask your own question.