Can a site's default language be something other than English, without specifying a region?

Has anyone deployed a site with a default language other than English? That is, just the language w/o the region. I've only ever seen /en and all other languages appear to need language AND a region.

We have multiple localised sites but would like to have a site that is the language ONLY (or country ONLY).

For example, we have three sites translated into Arabic. But our regional contact would like these to be English by default with the option to choose Arabic. A simple solution to this would be to have a single Arabic site that these country sites can link to - www.oursite.com/ar - is this doable?

Even Microsoft has specified in the past that language without country or region is valid: https://msdn.microsoft.com/en-us/library/system.globalization.cultureinfo(vs.71).aspx

We've already explored having English versions of these sites but as we discovered, this isn't an easy task since there are no pre-defined language options for these Arabic-speaking countries.

One other idea we had was specifying a region such as the Middle East or Latin America as a site for the entire region with individual countries added as needed.

It looks like Apple does something this for the Latin America region by having a Spanish site for all of Latin America: http://www.apple.com/la/

It also has an English version for this entire region: http://www.apple.com/lae/

This is possible - when creating a language you don't need to specify the region. You can pick a language, Sitecore will fill the region but you may clear it: 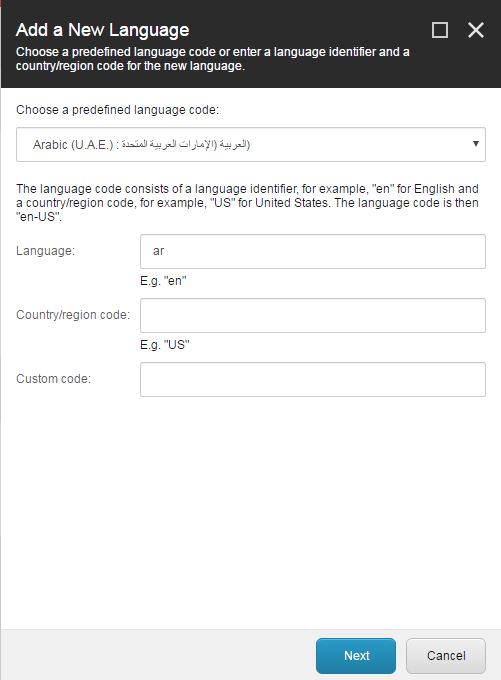 When doing so, you will end with a language list similar to this: 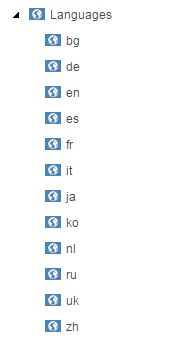 6
Adding a new language option that is not predefined?

3
Are there any issues with having multiple language versions of templates and template fields?
8
How to manage same item with different URL per language version?
6
Adding a new language option that is not predefined?
3
Sitecore multisite , multiple country/region and multilanguage support implementation
1
Hide a language in Content Delivery environment
2
Only English Option when Importing a Language File
2
Multilingual URLs in Sitemap.xml for SXA 1.5
7
How do I allow only the configured language for each site?
4
Azure Search duplicate results for multilingual countries in same site with different language versions