How to create a custom standalone language set for a website in Sitecore 9.3

In our application, there are 3 websites and all 3 applications are interlinked with its features. Example: 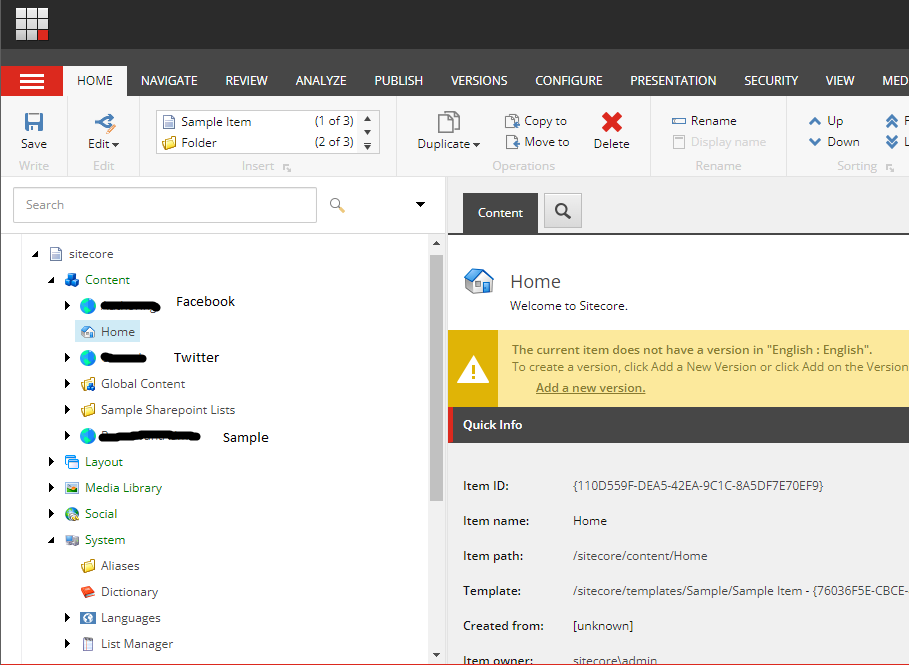 i.e. When a user sets his language as French, then Sample website will also be loaded on French language. Now, We are removing this dependency, and implementing the dropdown feature for language in Sample website which supports 25 languages while Facebook and Twitter supports only 7 languages.

Since Languages are configured under the sitecore path, /sitecore/system/Languages will be common to all 3 websites when we add a new language in a Sitecore CM.

How to add a new language in Sitecore CM where the versions should be added only to one of the website (Sample website)?

This question may be opinion based and can have different answers. However, I can provide you an idea how I implemented Language Selection feature on different websites. In this case I will only talk about the change required in Sitecore CMS.

Instead of using the Languages from /sitecore/system/Languages, you can create a container item under each site named Language Selector. That particular container will hold the list of languages being supported by the website.

For example, the Facebook and Twitter site Language Selector containers will hold the 7 language each and Sample Site will hold the 25 languages. Please see screenshot below 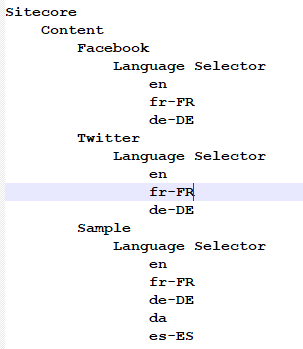 The items en, fr-FR, de-DE etc is based on a template that you will create which will contain a field as droplist with datasource set to /sitecore/system/Languages

Now, you can even extend this further. Since you have sites having same languages, you can have a global language selector container which will hold shared languages

When using a droplist, it will be specific to this item and it allows you to add other fields such as Flag, Name etc.

You can use a multilist also where you will select all the languages necessary for a site. Then you will have only 1 item to manage. 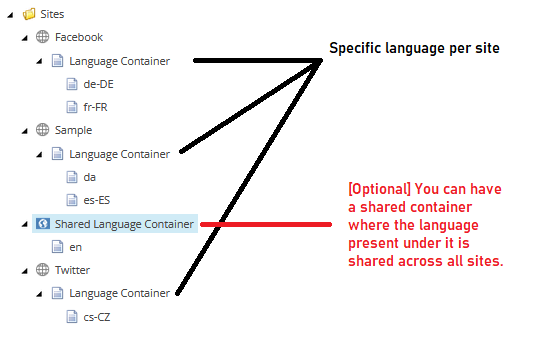 If you want to have the Shared Language Container, you will need to perform the query as follows:

P.S: I don't have the specific code but the above helps on how the content tree looks like and based on this, you can easily adapt the code.