I'll be using this to deploy to an Azure SQL server.

I tried to copy the modules dacpacs to the resources folder to be installed together with the other dacpacs: 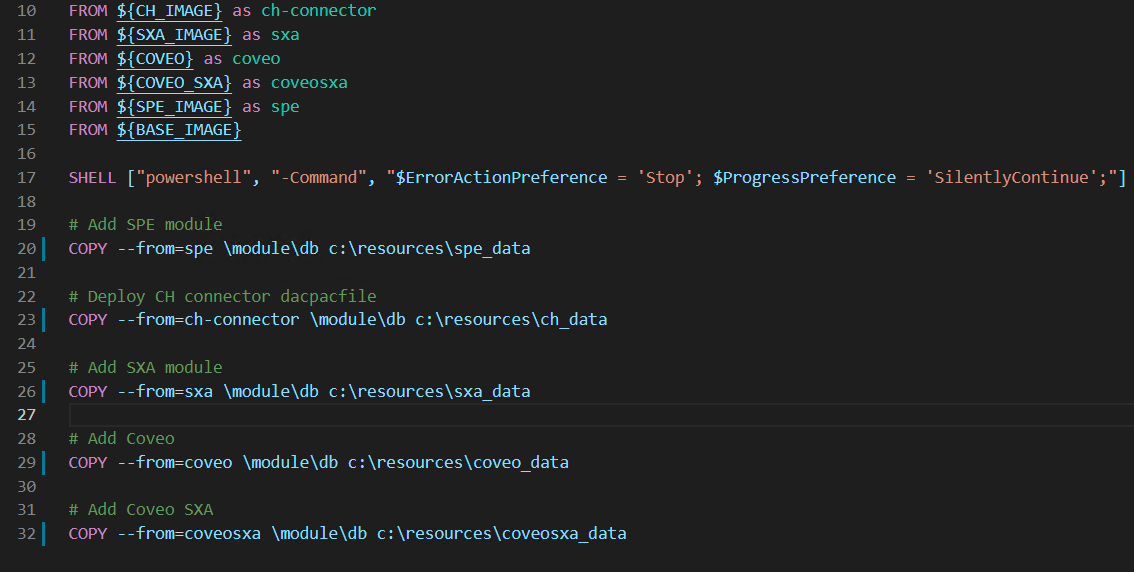 In my compose.override file, I'm using the official mssql-init image:

The installation goes well, but then it breaks in the following part:

During the image build, it will throw the following error:

Which makes sense, because I'm using an mssql-init image as a base image, and not the mssql image that contains the SQL server running.

Everything works fine to add the modules to the mssql container image in the XP0 installation, but then when I need to add these modules to an Azure SQL server, I keep struggling with these issues.

Is there a clear way on how to deploy these modules to an Azure Sql server?

Browse other questions tagged azure sql-database module container or ask your own question.