How to enable 'Edit' ribbon button for non-admins

I want to enable 'Edit' button in the Sitecore ribbon. The problem is that this button is disabled for non-admins. 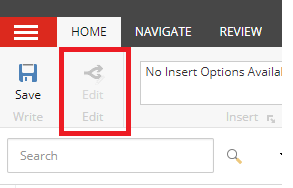 Please note the following things which might help to better understand the issue:

If I make a certain user an administrator, then the button gets enabled. However I would like to enable that button without elevating the user permissions to admin level. I am unable to understand which permissions I need to set in order to enable the Edit button.

Thanks for your help!

Let say you have a role named Testing Role. Open the Role Manager Dialog and select the role.

Now, if you have sub items, instead of doing it one by one, you can click on the Assign button in the ribbon and then check the descendants as shown below: 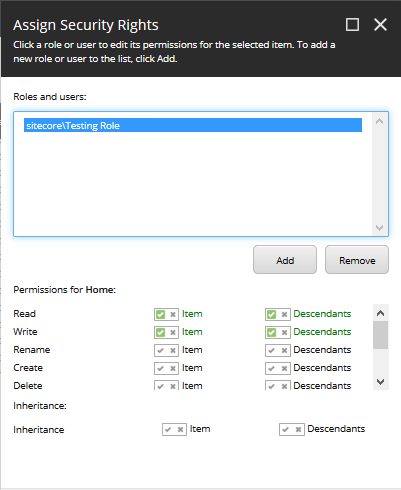 This will automatically allows the sub items to be edited by any user who has the role Testing Role.

Sitecore role can override other roles. You need to make sure that when setting the read and write access, there are no other roles which are overriding it.

Not the answer you're looking for? Browse other questions tagged content-editor security or ask your own question.

7
How can I make the Edit the related item menu show in Experience Editor?
7
How to best use Roles and Domains with Multi-site SSO
6
Remove access to Shared presentation?
4
create custom role with login
0
Security Roles required for Web Forms For Marketers email save action
2
Content and Experience Editor custom buttons - only show for certain roles
0
Allowing custom role to move items