We also have a lot of other english versions, such as UK, India, South Africa and others.

We would now like to know if it is possible to change the shown text in Sitecore's content editor to actually show 'English : English' in order to clearly indicate which version of english the editor is currently working on.

Here is an image of the case: 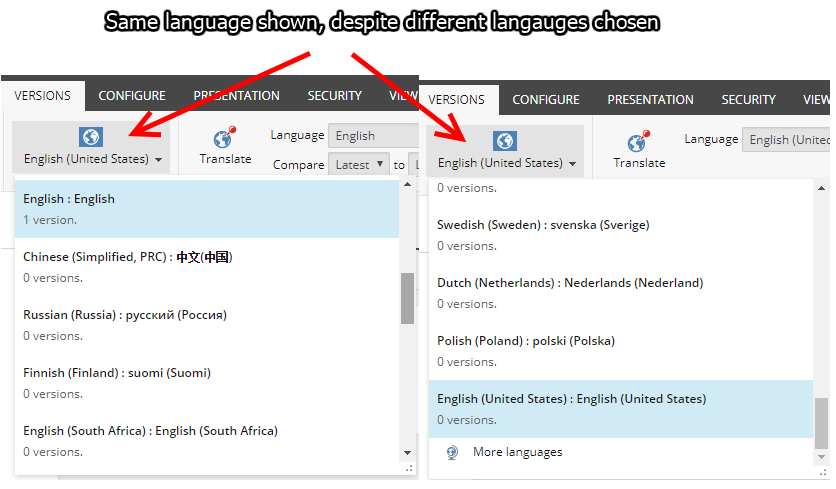 This sounds like an issue that was fixed in Sitecore 9, issue number 162413:

Miscellaneous: There was an incorrect caption for languages with a neutral culture in the Languages group in the ribbon.

If that's the case then Sitecore Support should be able to provide you with a fix.

Not the answer you're looking for? Browse other questions tagged content-editor or ask your own question.

3
Empty string is not allowed error when adding or renaming item on Sitecore content tree
2
Why do some Sitecore icons lack their smaller version?
9
What is the Use of Heartbeat.aspx in Sitecore
0
Sitecore MultiList showing Standard Values
4
Missing Sitecore Toolbar in Content tree
1
How to disable standard field check box for Sitecore content editor
0
Custom fonts issue in Sitecore Content Editor (Rich Text Editor and Single Line Text Fields)