How do I reduce the unnecessary scripts from my custom theme?

I've observed that there are few base themes referenced when I create a new theme. For this example, I'll use the Basic2 theme.

Here is what I see selected on the theme: 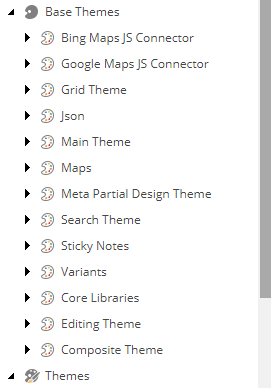 Which feature provided by SXA is associated with each Base Theme?

Is there a table which outlines where each script is used by SXA?

This particular script (ie-origin-fix) has a comment in the first line.

It is hard to predict what will happen if you update library which is currently in use. You can take a risk and try to update but I would not do it.

This is not official recommendation, just my idea:

I would try to register it as a separate object without touching default and use the new version. With this approach, you will get new features and you are sure that old features will work.

At least you can be calm if something will not work in SXA because you know that it is not your fault.

Are there any scripts that are only needed in the Experience Editor but not on the live site and vice versa?

There is a concept of Editing Theme. Those themes are injected only in EE but I think that there are still scripts which are published on both modes while should be only in EE.

I don't recall any scripts that are present on the live site but not in EE, normally you want to use all features in EE as well as on live site.

How can scripts for features not used on the page be excluded from loading altogether?

Right now it is impossible. With Assets Optimizer all scripts are bundled together, thus you request only one file. Even though you disable AO all scripts will be served as they are stored in a Theme not in each feature.

It is an area for improvement as assets could be defined in the module by itself and register itself as a theme part.

If you want to do it by yourself you could try to register scripts on each rendering view. Each module could have its own theme which would be served only if rendering is present on the page (but you need to be aware of limited number of individual CSS in IE 9, IE 10 has solved this by increasing limit)

Not the answer you're looking for? Browse other questions tagged sxa experience-editor or ask your own question.

14
How to create a custom theme in SXA?
0
How to add css/script url into SXA theme?
2
SXA theme show in Experience Editor, but not on published site unless I publish the whole site
3
How to extend SXA components scripts?
2
How to get rid of unnecessary wrappers around SXA tags and rendering variants?
0
Custom component with scaffolding actions for styles and scripts
1
SXA doesn't recognize font files - how do I include them in my theme?
0
How to make a Custom field to be Editable from Experience Editor in Sitecore 9.0.1
0
Add query string to all Media item in Sitecore SXA 9.3