The issue is when we try to publish, the publish dialog doesn't display any languages. I have tried the suggestions mentioned in Sitecore Publishing Service does not show the languages and seeing 404 errors but still have the same issue with languages.

I do not see any errors in the logs which could indicate an issue during the publish dialog is loaded. Can anyone let me know if you have come across this issue and if this was resolved?

Below is a screenshot of the publish dialog and how it looks. 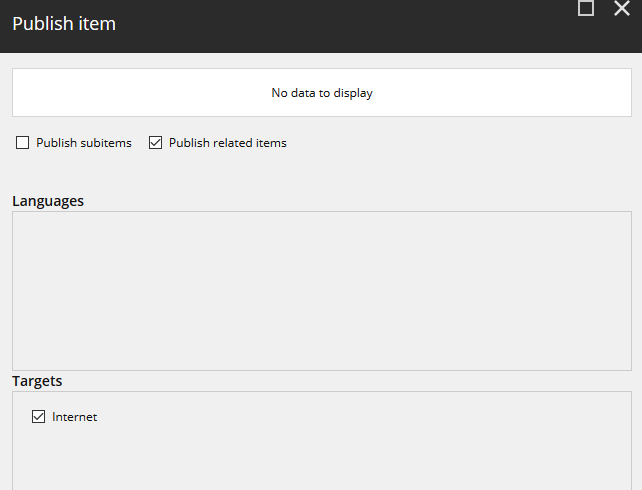 Browse other questions tagged publishing-service or ask your own question.