Unblock your team by capturing collective knowledge that anyone can find.

“If there is one thing developers like less than writing documentation, it’s responding to unnecessary escalations […] and too many escalations wear down the developers.”

“We needed a better place to store all the questions and answers that people were repeatedly asking, and we discovered Stack Overflow for Teams.”

“We use Stack Overflow for Teams internally when onboarding new developers, and when new developers ask questions, everyone can benefit from the shared knowledge.”

To scale vertically (or scale up/down) means to add resources to (or remove resources from) a single node in a system, typically involving the addition of CPUs or memory to a single computer. Such vertical scaling of existing systems also enables them to use virtualization technology more effectively, as it provides more resources for the hosted set of operating system and application modules to share. Taking advantage of such resources can also be called "scaling up", such as expanding the number of Apache daemon processes currently running. Application scalability is the improved performance of running applications on a scaled-up version of the system.

From my perspective, this seemed like doing Horizontal scaling in order to support Vertical scaling. Am I wrong in this?

NOTE: I do know that you can also run some roles behind load balancers and thus also do horizontal scaling in that manner, I am interested more in the classification of role dedication.

From my point of view Vertical Scaling means : increase memory, cpu and separate standalone server to one CD, one CM , one processing, one reporting, etc like on below picture. 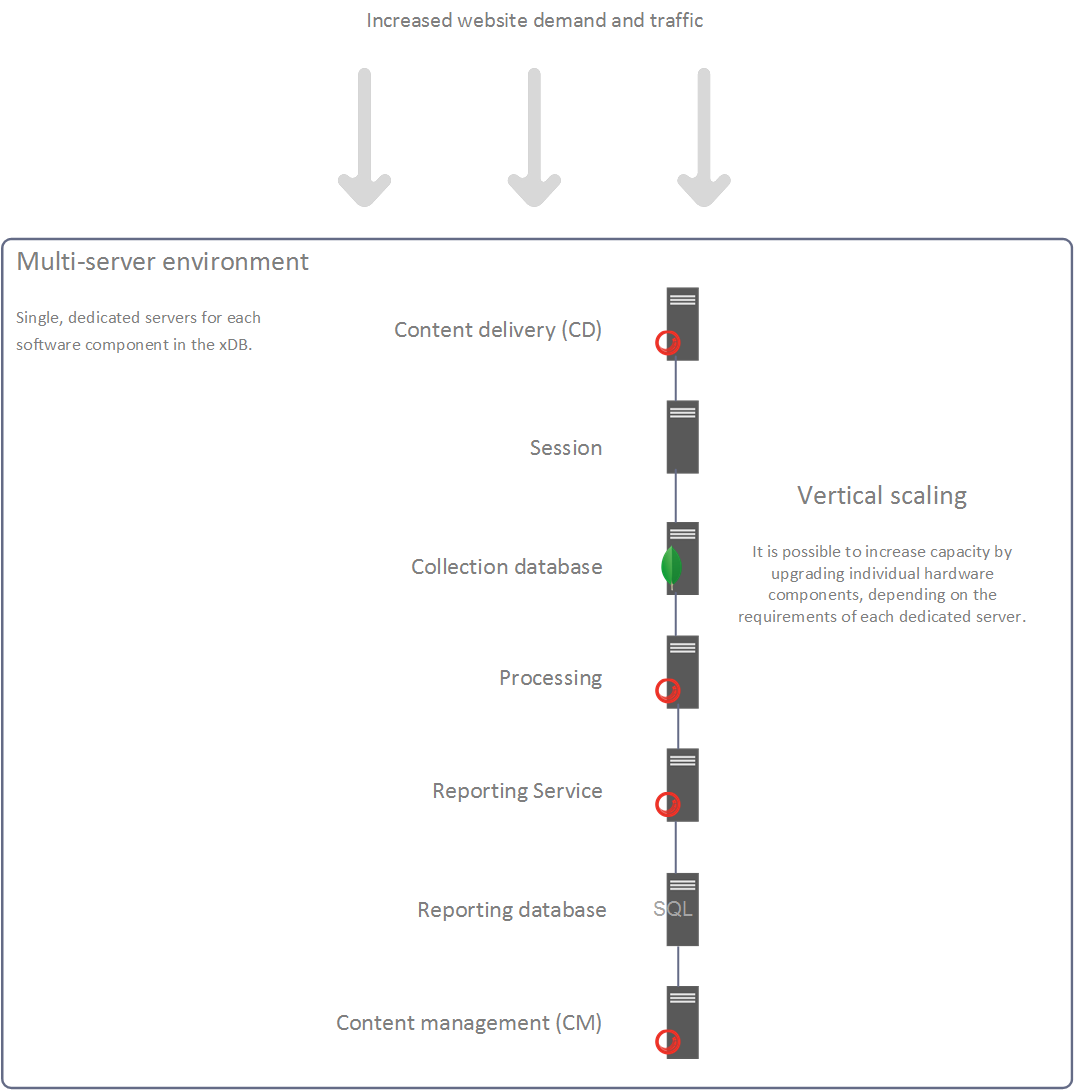 For example, to scale horizontally you can deploy:

Not the answer you're looking for? Browse other questions tagged scaling or ask your own question.

7
Is a multi-role Sitecore server ok in production?
4
How to access ServerUrl when sitecore website setup in clustered enviroment
6
Sitecore 9 hardware requirements
3
Publishing Scaling multiple CM servers
7
Number of servers in a standard Sitecore 9.0.1 XP1 Installation
2
Scaling out xConnect Collection and Collection Search
1
Why are Sitecore roles not persisting quick enough when using a scaled CD?